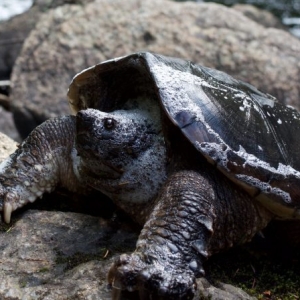 “Each meeting with a non-Christian partner in dialogue therefore puts my own Christianity at risk.”  -Lesslie Newbigin The Open Secret, p. 182

Dialogue with religious others puts one’s own religious tradition at risk. I’m beginning my blog with this quote because Christians have historically too often encountered people of other faiths expecting the conversion of the other person and not their own (re)conversion or (de)conversion. One of the first phrases I heard when I joined Global Scholars was this: “not from the West to the rest, but from everywhere to everyone.” Its echoed at length in Allen Yeh’s Polycentric Missiology (IVP 2016): Christian faith is a constant de-centering of the self.

This carries an important theological point. The obedient witness to Christ does not bring Christ as his personal possession to the encounter, but Jesus as his Lord and Lord of all creation. This means, says theologian Lesslie Newbigin, meeting all other persons not from the summits of our own religious achievements but at the cross, “prepared to receive judgment and correction, to find that our Christianity hides within its appearance of obedience the reality of disobedience” (182).

Another way to say this is Christians in dialogue with others should not be seeking to expand their own kingdoms, but pointing to One whose kingdom claims all that is beautiful, true, and good within every people, creed and culture. He is not just the arch-ruler, however, but the one who sacrificed himself in love for all people, all cultures, and all creatures great and small. He not only “shines in all that’s fair,” as the old hymn declares, but he gave himself for the redemption of all things. This risk and sacrifice is something few rulers or gods can claim as part of their legacy.

So a Christian scholar begins her vocation in humility, recognizing the risk and opportunity in inter-religious dialogue. At the same time, a Christian scholar sees vocation as a many-layered summons—to be conscientious in their scholarship, to be collegial in their academic milieu, and to be resourceful with what is entrusted to them. If Christ is Lord of all, then the Christian bears witness to him through all that he does.

An additional implication is that Christ is not a possession of the Western world. A Christian scholar is disciplined in a world Christianity, and that ecumenical space is, too, a place of risk and opportunity.

Diane Obenchain is Director of the China Initiative and Professor of Religion at Fuller Seminary, and she has said that Christians need to recognize the effects of sin on their own religion. The focus of their faith and trust is Jesus Christ, who came to reform, correct, and redeem all religion—world religions of every stripe as well as our own. I teach world religions, and this becomes a way to orient students to all religious worldviews: they are human endeavours in need of divine restoration and blessing.

The meaning of the word “witness” in the New Testament (literally in Greek, martyr) suggests a dying, and perhaps a dying first of all to our confidence in our own faith construction, and secondly a dying for that faith if powers rise up to kill us. Faithfulness, in other words, requires constant vigilance—an on-going suspicion in our faith coupled with a deep trust in the one who calls us, renews us, and offers us his grace and a purpose for life and service.

In other words, missional Christian scholarship, like worship, begins with adoration of the God who sacrificed for us and saves us, which prompts confession of our foibles, fractures and failures. This confession is immediately coupled with an expectation of grace with a promise: we are loved, and loved for a purpose–to likewise bind up the wounds of the broken-hearted, and set all captives free (Isaiah 61:1 and Luke 4:18).

Icon in Tyndale University and Theological Seminary chapel (formerly Sisters of St. Joseph convent), taken in 2019. I read that the mother pelican is an ancient symbol of Christ, as it gives its life for its young. Note the rose of Sharon and the three spikes on either side.

4 thoughts on “Christianity at Risk: A Chastened Missiology for the Post-Christian West”